Jess Hotter: ‘Go on, fall in love with the most amazing inbounds skiing in New Zealand.’ 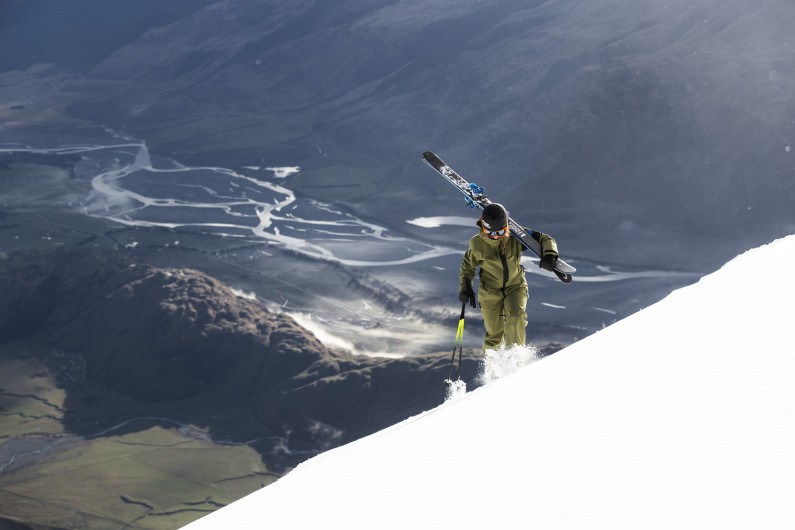 I had the chance to meet up with Jess via Zoom during last year's Level 4 Lockdown. We had a good yarn about life and what drives Jess, but also what she has to say about the Motatapu Chutes and the Summit. Let’s dive right in.

The Motatapu Chutes… this is what Jess has to say about them:

Oh my god, I can’t even find the right words to describe the Chutes… the Motatapu Chutes are seen as two sections. The top part is the Hollywood Bowl, more to the skier’s right. The left part are the Meadows where you can skimp out above the Chutes and don’t have to go through the gnar to get back to the lift.

The bottom sections are the Lower number chutes (they aren’t officially numbered yet, should be though) and that’s where it gets real spicy! The terrain in the chutes is incredibly committing. It’s the crème de la crème of freeriding inbounds in New Zealand, probably across the whole world.

A special tip for snowboarders, especially the goofies. It’s super nice for you guys to travers out. Everything’s on the toe side for you so crossing out to the lift is a lot easier! Otherwise you can ride all the way to the bottom and hike back up to the lift – it’s around 15-30 minutes. Totally worth it either way!

The summit is one of the Cone’s “must does”. What do you want to share with all the other frothers about the summit?

People forget about TC Headwall. If you follow the ridge down skier’s left, you drop in above the Main Basin and it’s amazing! It’s not that long or crazy steep but it’s mostly a really nicely pow-filled field. It is especially nice when you arrive late. There are always some epic lines to be found.

The other thing that fascinates me about the Summit is that so many people have explored up there and keep finding new stuff to hit every season. It shows how incredibly creative New Zealand skiers are! One thing most freeriders want to tick off is the Summit Rocks. One thing I can tell you about it is that you’ll feel ready for it suddenly. For me it felt like if a switch had flipped, and I was ready to huck it. The sweet spot is supposed to be between those two massive rocks underneath, so you know… speed is your friend. Oh and btw, Matt Sweet named the rock to the far riders right – “NRA” (hopefully it sticks). 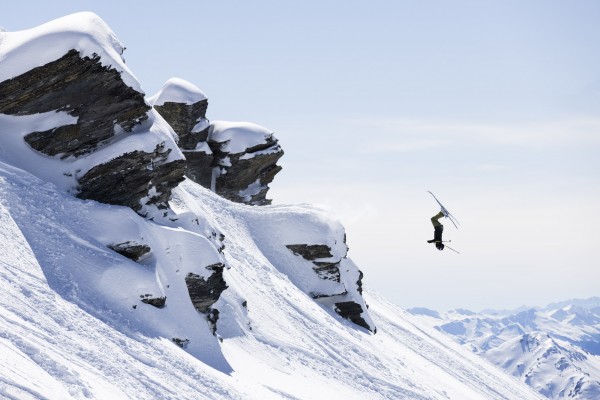 What does Treble Cone mean to you?

The very essence of freeride is born there. People come to TC to freeride, the vibes are always good, everybody is always frothing hard and pushing each other. It also doesn’t matter how average the conditions are up there, everybody’s just having fun and someone’s going to push boundaries, spin off something or flip some cliffs!

Treble Cone has a name for itself for freeriding.

Where does your early morning froth come from?

One thing I got taught quite young was: If the mountain is open, I should be there. My early morning froth is a big part of me. The first powder I had ever experienced was on a day when we should have gone to school, but it snowed so hard that all the roads were closed and school got cancelled. The only road that opened that day was the mountain road. Me and my friend hitchhiked up with the first load of people and I got to experience the most epic powder day yet, my first real powder really (laughs) and I was so freakin’ bad at it! Luckily, we were early hitching up as the road got closed shortly after and people couldn’t come up anymore.

What would you like to tell your previous self if you could?

Jess now would go back to Jess previously and tell her to get her ass into gear now. Just go Jess, and do NOT wait. Also to believe in herself and her abilities!

I didn’t know what to be or what to study. My parents suggested to make use of my Work & Holiday Visa for Canada and that’s what I did. There were opportunities to get into freeriding and competing but I didn’t believe in myself. An American freeride coach tried to convince me and he managed! I tried and did well, loved it and here I am taking it seriously. 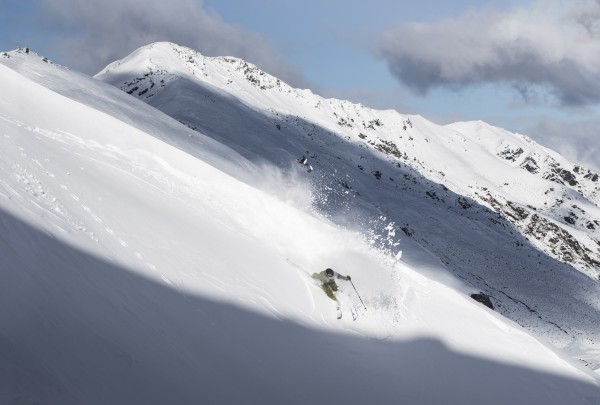 Is there something you want to tell other female riders out there?

Give it a go. Do it now and don’t question your abilities. Just go and if you have the drive and passion you are going to make it happen. Don’t wait and you will find that an amazing world will open up to you. The experiences you’ll have and the friends you’ll make, the people you meet, it’s all worth it… just for that!

The realisation that there is no point where you will know and be able to do everything. It’s a work in progress. I also feed from negative comments, going against what society thinks I should do – I guess just proving them wrong. It’s all about making memories and having wonderful experiences. My friends are the ones who keep me humble - my happiest place is finishing a run and hugging friends at the bottom.